What is conical, metric and table metal carving and how is it made?

Metal joints carving finds a wide application in manufacturing industry and machine production. These joints are made from separate elements such as bolts, nuts, screws, washers and connecting elements.

Main element in the so-called carving metal joints is carving. It’s made by a plane figure that moves on the surface of a detail that has a cylindrical or conical shape.

Such figures can have a triangular, trapezoidal, square or other type of shape. During the movement of the plane figure its base coincides with the base of the cylinder or the cone and its plane passes through the axis of the cylindrical or conical detail. As a result of this process screw-shaped detail (channel or a screw-line) is formed. 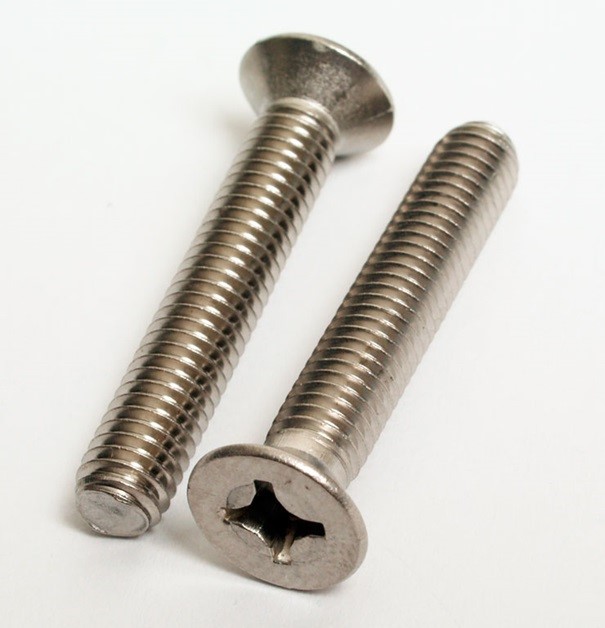 The windings that have formed on the detail are called carving. When the channel on the carving is single then the carving is called single-thread, and when there are many channels, it’s called multiple thread.

Geometrical shapes of the threads

Threads are divided into the following parameters:

What is conical, metrical and tubular thread and how are they made?

This type of thread is the most popular type of fastening thread. Metrical thread characterizes with a triangular profile of 60 degrees and flatly cut apexes. The true profile of the external metrical thread is different from the original because the apexes of the triangles are cut with 1/8 Н both externally and internally.

The shape of the hollow space of the profile isn’t regulated and can be shaped by either flat cutting or round cutting. The diameter and the screw pitch of the metric thread are measured in millimeters.

There are several standards for metric thread but the most commonly used in Europe is GOST standard. The marking of this type of thread includes the letter “М”, followed by the measurement of its internal diameter, an „х” symbol and the screw pitch.

With regard to the screw pitch of the thread (the distance between the walls of two neighboring threads measured in direction of the axis of the thread element), metric threads have two main screw pitches: coarse and fine.

Metric threads can be made on a conical or cylindrical surface.

Several types of inch threads have been used so far. One of them is screw thread, as well as several other inch threads with profiles with round angles. The last One of the inch thread types are used mainly in aviation and machine production because of their high resistance to tension and durability to heavy loads.

This type of thread can be made on all types of tubes. It’s similar to the inch thread but it’s more fine. Tubular thread is made by cutting a spiral-like channel onto or inside a tube and its main role is to be a connection between metal or plastic tubes.

According to the standards tubular threads divide into three main types: cylindrical, conical and inch threads.

The cylindrical tubular thread meets GOST standard and it’s cut into types with a diameter of 7.723 or163.83 mm (6 inches). 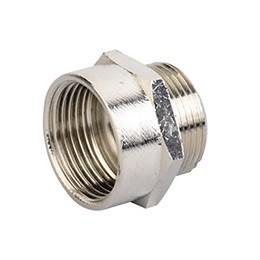 Because the size of threads is standardized, it’s not difficult to make a thread by hand and with the use of only a couple of basic tools such as a chaser.

Hand-made internal threads are made with the use of chasers. These tools consist of main (driving) part and tail. The driving part has a cutting and calibrating part The cutting part (as its name suggests) cuts the thread and the calibrating part controls the chaser during the entire cutting process.

А carousel is placed at the end of the chaser for a better control. Chasers are made from a very strong steel that offers fast speed of cutting. And they are used for cutting metrical thread and they are sold in sets. 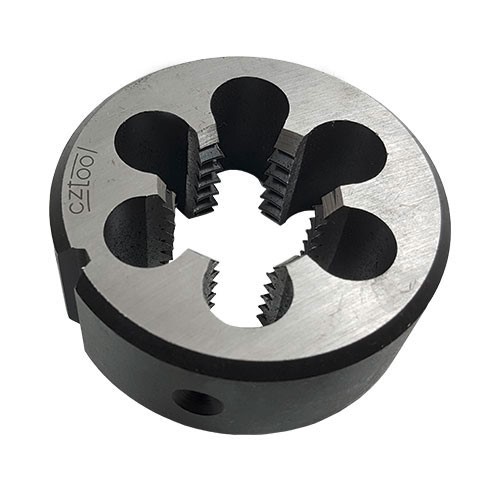 Machine manufacturing of conical, metric and tubular threads can be done by metal lathing, rolling or other method. But in the last few years the most preferred way for manufacturing threads is CPU machine lathing.

The advantage of this way of thread cutting is that it offers maximum precision and speed. Despite the fact that this cutting process is done by a lathe machine, it can’t be called lathing and requires more specific settings of the CPU control system.

Application of the threaded joints

Conical, metric and tubular threaded joints have a wide application thanks to their simple construction that allows the realization of secure connection without risk of damage for the connected elements.

They are easily accessible and easy to use, strong, resistant to high temperature and vibrations.

The main criteria that determines the efficiency of threads is their mechanical strength.

All types of bolts, screws, studs are made with the same level of strength that makes them resistant to tension, pulling and cutting. For this reason measuring the mechanical strength of all threaded joints is done only on the basis of the tension resistance of the cut part of the stem /the element.

Threaded joints are very useful in all spheres of production industry We often use them in our daily lives. Elements like bolts, screws and studs are used in machine manufacturing as well as in making furniture, black and white goods and other things. .

Almost everything we use in our homes works properly thanks to these small threaded joints with a simple construction.

What is conical, metric and tubular thread and how are they made?

METAL IN Ltd was founded in 1985 with main activity is the manufacture of various metal products of alloy steel, stainless steel, brass and aluminum. After 1999 the company orients its activity to the manufacture of metal products, parts and components from sheet and solid material and pipes of various types of steel as a subcontractor of European companies. Currently 80% of production is supplied to companies from France, Holland, Italy, Germany and Austria. In the course of development METAL IN Ltd increases its competitiveness. In production are introduced modern high-tech machinery that enables the supply of high quality products at competitive prices.